Showing posts from December, 2020
Show all

How to have a healthy ego 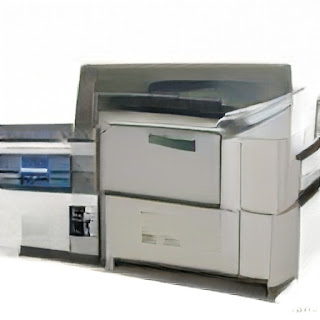 This is the second part of a series of essays.  To see the first one, click here . This is not the end of a conversation, but the beginning of one. When I praise the ego, I am not at all saying that the ego should never be questioned, or challenged. All I'm saying is, instead trying to eradicate the ego, let's use this questioning and challenging to work toward a stronger, healthier ego - which implies, to some degree and in some aspects , a more realistic ego, a more accurate self-concept, a more truthful and precise image, an image with a greater degree of resolution , which, rather than drifting away into vague abstraction, more closely resembles the reality on the ground, the nuts and bolts of our neurological, biological, embodied, carnal situation. ....But only to a certain degree and in specific aspects.  The image will never be entirely one with reality.  The map cannot be identical with the territory, and to wish that it were is to wish for the eradication of the eg
Post a Comment
Read more

Anarchism vs. Marxism: Science vs. Literature

December 31, 2020
Contrary to the stereotypes, I find that anarchism often attracts those with a more scientific, logical, mathematical, analytical mind - theoretical physicists like Carlo Rovelli and William Gillis, mathematicians like Alexander Grothendieck, Eugenia Cheng, and Mark Wolfmeyer, medical doctors like Hillel Solotaroff, Jacob Abraham Maryson, Paul Brousse, Ben Lewis Reitman and Paul Robinson (Errico Malatesta, too, was studying medicine until he was expelled for his political activism), logicians like Rudolf Carnap and Bertrand Russell, anthropologists like David Graeber, Celestin Bougle, A.R. Radcliffe-Brown, Pierre Clastres, Sal Restivo, and Alfred Brown, geographers like Elisee Reclus and Peter Kropotkin, and many others, like Noam Chomsky, who taught a quasi-mathematical form of linguistics at M.I.T..  Simone Weil, the political activist and philosopher, and Andre Weil, the important mathematician and founder of the Bourbaki group, were brother and sister, and he was always convinc
Post a Comment
Read more
December 27, 2020
Heidegger's writing is more pious than theology. Theology is, and always has been, somewhat romantic.  It speaks freely, all too freely.  (Ever since Aristotle, or indeed Plato.)  Even the ahistorical use of the word "romantic" is appropriate here. Heidegger chose his words with more care.  This is the only sense in which he is secular.  Every word has its own weight and must be carefully balanced against the other words in a sentence so as not to allow the whole thing to go toppling over into any separated meaning.
Post a Comment
Read more
More posts