Showing posts from April, 2022
Show all

Why I Hate Disney

April 24, 2022
"When the lemmings balk at dying for Disney, they're hurled off the cliff." -The Dead Kennedys, "Potshot Heard 'Round the World"     THE LEVELS OF MY DISNEY HATRED   1. I vaguely remember from my childhood hearing punk songs and reading zines that were making fun of Disney... I don't remember how, exactly... but I think I remember, like images of Jesus Christ with Mickey Mouse ears or something. Punks really had it in for Disney, and I think this is when I started feeling like, haha yeah fuck Disney... not in any specific way, or for any specific reason, just generally.   2. Then Disney opened EuroDisney in Paris, and French people reacted against it. In particular, I remember reading Jean Baudrillard, who wrote about how Disneyland was the perfect example of hyperreality. That influenced me, too.   3. And obviously, Disney is a gigantic, powerful, multinational corporation, and if you're critical of capitalism in any way, you're
Post a Comment
Read more

April 19, 2022
There are many, many philosophical errors embedded in utilitarianism.  It would take up too much space, time, and effort to exhaustively list them all.  The first thing to point out is that utilitarianism is not scientific.  I will develop that in a separate essay.  But an even deeper and more important problem with utilitarianism is that it is woefully unsophisticated, and indeed naive, about politics. What is politics?  Go to a few political science departments, and you may find various definitions for what exactly they are studying, but usually they will either say that politics is about decision making, or that it is about power.   We'll look at both ways of understanding politics.  Let's start with that first understanding of politics, that it is about decision making, and let's get at it by way of our good old friend, the trolley problem.   Utilitarianism is very clear, here - the correct answer is for the one person on track A to get run over by the trolley, so that
Post a Comment
Read more

The Weird Guilt I Feel 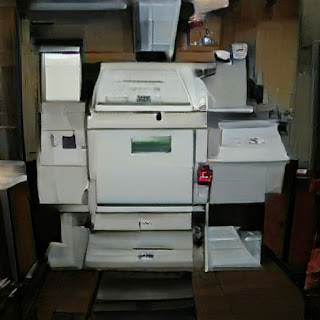 That weird guilt I feel because egoism historically was something transgressive, scary, wild, cool... and in these articles I have tamed it into something sensible, clear, safe, clean, nice.... How dare I?  Well, whatever, it's fine, I don't care....
Post a Comment
Read more 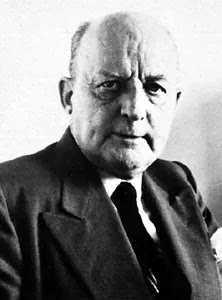 Neoconservatism has received a great deal of attention for its contribution to the American war machine.  Far, far less attention has been paid to the insidious power of the ideology of Realism. "Realism" as False Materialism   In an episode of the TV show, "Parks and Rec," there's a cult that believes that the world will be ended by an interstellar lizard named Zorp, who will melt everyone's faces with his volcano mouth. What do they call themselves? The "Reasonabilists." This is fiction, of course, but there are many movements that use a similar tactic. Take, first of all, the "Objectivists," followers of the cult of Ayn Rand. What they're saying must be objectively true, right? It says so, right in the name! Or the Scientologists - the direct objects of Parks and Rec's satire. Clearly, everything they have to say must be scientifically accurate, by definition. Otherwise, how could they have that name? I do identify
Post a Comment
Read more
More posts