Showing posts from June, 2022
Show all

More Thoughts on the Republic

June 25, 2022
What is justice?  I want to say that, for Plato, we can simplify the answer to a kind of equation: " justice = reason + will + desire ," except with the immediate caution that we should not misunderstand this as simple addition in the mathematical sense - so, for instance, to borrow a mathematical term here, we could say that the relation between, for instance, reason and will in this formula is non-commutative .  That means you can't rearrange the terms of the formula and expect the result to be equivalent.  So for example, although it's true for Plato that "justice = reason + will + desire," it is not true that "justice = will + reason + desire," and it is not true that "justice = desire + will + reason."  That is to say, for Plato, " justice = reason + will + desire in that order ."  Or, to be more precise, for Plato, in order for justice to exist, what matters is that the three elements that make it up - reason, will
Post a Comment
Read more

Do and Am: How You Can Tell What Century You're In

June 16, 2022
One of the ways the English language is weird: in most Indo-European languages, if you want to tell someone what you're doing right now, you simply use the present tense of the verb (for instance, "I eat"). In contemporary English, though, we tend to add a bunch of helping verbs (usually to do or to be) and "ing" (for instance, "I am eating"). Normally, a fluent English speaker would never say, "I walk to the concert" - they'd say, "I'm walking to the concert". Or, if they're driving, they'd say, "I'm driving" (rather than "I drive").   Many other languages have these kind of constructions, but the use of them is (usually) flipped in English. These tenses are called "present tense" and "present continuous tense," but in most languages, the construction "is ___-ing," or its equivalent, means something that you habitually do, or an on-going process - not necess
Post a Comment
Read more
June 14, 2022
[continuing from this article] That, precisely, is the truth of religion, or at least the truth of religious mythology: its capacity to point to its own (and everything's) insufficiency as an expression.  In this sense, the notion that the universe is an infinite pile of turtles is "truer" than the the most up-to-date scientific cosmology.  Then again, of course, from the perspective of an alien with a literally incomprehensibly deeper understanding of the universe, our scientific cosmology is so little advanced beyond the infinite pile of turtles that we can round any advance to zero.  So, the scientific cosmology is also just as "true" in the negative sense, the mythological sense.  It has the truth of myth. I think the wisest elders in every culture have understood this.  Once one understands this, it flips all understanding upside down - or rather, right-side up.  It's not just that any given worldview is true with a grain of salt.  It&#
Post a Comment
Read more
June 14, 2022
Every job is a ritual. (See here and here .) Every job is a spectacle.  I'm just doing my job, working at the spectacle....
Post a Comment
Read more
June 14, 2022 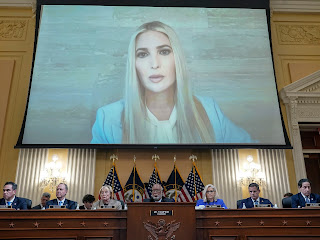 One of Nietzsche's chief accomplishments was his elaboration of the description of the phenomenon of ressentiment .  He did not invent this idea; it had been used in many places before.  I especially see an important usage of the concept in the writings of Rousseau, and something similar can be found in Goethe.  But Nietzsche was particularly insightful about  ressentiment , both at the psychological level, and in analyzing its importance as a force in world history.  In Nietzsche's eyes, the  ressentiment  of the oppressed towards those who were more powerful was the motivating force behind the "revolt in morals" of the "slave morality" - a force that was behind such events as Socrates and Plato, the rise of the Christian religion, the French Revolution, and much, much more.  I think it's fair to say that Nietzsche was pushing for moving beyond ressentiment in some sense, transcending it in some way. We misunderstand  ressentiment,  however, if we
Post a Comment
Read more
June 12, 2022
Some processes in the universe are cyclical.  To put it differently, they are self-reinforcing. That is, once this process happens, it becomes more likely that it will happen again. Examples abound, including the chain reaction of nuclear fusion that goes on in stars - the energy released by one instance of hydrogen fusing into helium heats up neighboring hydrogen nuclei to the point that they cross the threshold of potential and undergo fusion themselves - which releases even more energy, causing other nuclei to fuse, and so on.  There are all kinds of cyclical processes in nature, not only at the nuclear level, but also at the chemical level - self-catalyzing chemical reactions, i.e., chemical reactions whose products catalyze the same chemical reaction to happen again. They are rarer, but still possible. Actually fire (rapid oxidation) is a simplistic example.  Cyclical chemical processes need not immediately cause themselves to repeat, either - it can be a comple
Post a Comment
Read more

June 05, 2022
Aside from whatever mistakes he may have made, the most important thing to understand about Nietzsche is that he undoes himself.  I've already written that he undoes himself, in a more specific context, but this can be understood more generally.  At every level, he undoes himself. Perhaps Nietzsche's greatest contribution to philosophy is his writing about ressentiment , and everything that he derives from that fundamental element.   (I do not think he was the first to discover ressentiment ; I find it, among other places, in the writings of Rousseau, not to mention Goethe.  But no one saw the significance of ressentiment as deeply as Nietzsche.)  But once one realizes how deeply resentful Nietzsche himself was, and how his ressentiment motivated all of his own ideas, everything is transformed, inverted, undone.  Take, for instance, Nietzsche's constant, bitter sniping against Socrates, "that little worm": a spirit driven less by ressentiment would be gratef
Post a Comment
Read more
More posts