Showing posts from June, 2021
Show all

Why I Love Religion 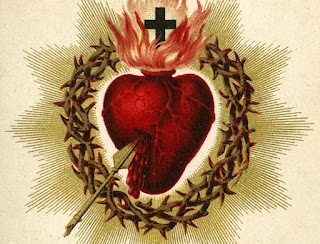 My name is "Ian."  When I was growing up, this was an extremely unusual name.  No one that I met had ever heard of it, and they usually had difficulty pronouncing it.  Nowadays, we see Ians all over the place.  In fact, it is apparently the 83rd most common boy's name of 2021 , right behind Jordan, which is my brother's name. Sometimes I think my perspective on religion is a bit like my name.  That is, it was something very strange and unusual when I was young, but it is becoming more common.  How common?  I'm not sure.  I guess I'll put this essay out there, and see how many people feel the same way I do. I grew up without religion.  My parents weren't religious, and they didn't teach me to be religious.  So this gave me what was, then, an unusual perspective.  Most people at that time were either religious, or, if they weren't religious, they were angry at religion.  But I am neither.  I'm not religious, and I've never been religious,
Post a Comment
Read more

The Paradoxes of "Political Correctness"

June 28, 2021
If someone is whining and complaining about "political correctness," it's usually a good idea to stop listening to them.  They rarely have anything interesting to say. Saying that "political correctness" is bad is such a cliche, so boring, such a rerun of a million blowhards, passed from one brain to another without the slightest critical thought, that when you hear someone complain about "political correctness" you can usually be sure that that person is a total conformist who is utterly driven by popular opinion and incapable of having any independent ideas. In fact, what you never hear is someone being bold enough to defend political correctness.  That is so rare that it almost doesn't exist.  (Almost.*)  To hear someone give a full-throated cheer for political correctness, no matter how wacky and incongruous and seemingly impossible that argument would have to be, would be such a treat just for the sheer novelty and creativity it would tak
Post a Comment
Read more

June 15, 2021
Materialism is the beautiful failure of a worldview to coincide with itself. This explains Marx's fascination with Hegel.  It seems odd, and counterintuitive, that Marx (I was about to say, "Marx, given his general outlook on things... his... worldview"... but let's not complicate things)..... It seems odd and counterintuitive that Marx would be interested in Hegel, and especially strange that Marx would remain interested in Hegel.  Plenty of people try to tidy this confusion up by asserting that the "Young Marx" was interested in Hegel, but that eventually he put away these childish things, grew up, and in his maturity developed something that had absolutely nothing to do with Hegel.  But scholarship does not support this nice, neat (worldview?) division.  Instead, it appears Marx kept turning back to Hegel, again and again throughout his career.  Why?  Marx was interested, not in any of Hegel's positive conclusions (indeed, he was quite critical of th
Post a Comment
Read more

June 14, 2021
Materialism is the beautiful failure of a worldview to coincide with itself.
Post a Comment
Read more

Postmodernism sucks, but it doesn't suck as much as you think it does

June 07, 2021
Postmodernism sucks, but it doesn't suck as much as some people think it does.  This "some people"... hm, I should come up with a name for them.  I'll work on it.   These are people who fantasize a kind of conspiracy theory about postmodernism.  According to this conspiracy theory, postmodernism is a fad that started in academia, but is slowly spreading into the larger culture as people graduate from these institutions and gain positions in other institutions - especially HR departments, consulting firms, the medical world and especially the mental health field and therapy, the public sector, etc., etc., etc..  And, according to this conspiracy theory, postmodernism is RUINING EVERYTHING!!!!!! There are many varieties of this conspiracy theory.  Very obviously, there are conservatives who are paranoid about the baneful influence of postmodernism.  Some of them are Fundamentalist Christians, or other members of the religious right, but not all of them.  Jordan Peters
Post a Comment
Read more
More posts