Showing posts from January, 2019
Show all

This blog is an experiment , a literary experiment, an extended “essay” - a word coined by Francis Bacon, in imitation of Montaigne, which means, literally, a “try,” an “attempt," even a kind of “stab,” in the sense of taking a stab at something.  I am attempting to draw out, in various ways, the consequences of a simple hypothesis, which is, as I’ve already said, the idea that materialism is not something that can be proven by any scientific experiment: materialism is an aesthetic.  It is a matter of taste.  Even, I am will to go so far as to say, an aesthetic choice - with all of the baggage that that word “choice” entails.  Even an incompatibilist does not deny that choice happens, or that choices exist - she merely insists that our choices are determined by forces beyond our control. By asserting that materialism is an aesthetic, I am attempting to restore agency to the materialist, though I can, of course, appreciate that a certain part of the aesthetics of materialism
Post a Comment
Read more

January 28, 2019
Sometimes it's necessary to translate from the language of people who are fully under the indoctrination known as "economics" to the language of people with common sense. For instance, economists speak of "natural" unemployment.  According to the fanatical ideologues, even in a healthy economy, there will be some level of "natural" unemployment - perhaps around 4 or 5%, but it goes up and down according to economists' whims - and indeed, for such people, if unemployment sunk below this number, this would actually be a sign of an unhealthy economy. Now let's be clear about this: "unemployment" here refers only to people who are actively seeking a job - it does not include "discouraged" workers, who have given up looking.  Nor does it include, for instance, retirees, students, young children, independently wealthy people who choose not to work, the sick and injured, etc., etc., none of whom are considered "unemployed&
Post a Comment
Read more

Why Capitalism is Ending 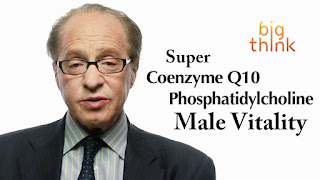 THE PRODUCTIVITY BOMB Sorry, Ray Kurzweil , there will be no singularity.  As much as Moore’s Law has become a cliche, it has also become a cliche to point out that exponential growth has no "knee" - that is to say, that an exponential growth curve has no inflection point.  It goes up faster and faster, so that not only is the value rising but the derivative of the value is also rising (that is, the rate of increase is itself increasing) yet at any given point it is still a gradual increase.  Growth that gets indefinitely huger as it approaches a specific point of time, a limit known as a singularity, is not exponential growth but rather hyperbolic growth .  There’s no evidence that technology is growing hyperbolically; it is “only” growing exponentially.  Gordon Moore himself has stated that he doesn't believe in the singularity, or even in the continuation of Moore's Law.   (And Moore's Law is starting to fail, anyway ... )  But it hard
2 comments
Read more
More posts