Showing posts from May, 2021
Show all

May 25, 2021
A lot of people on the so-called "right" tend to see markets as the most efficient way to allocate resources, think of them as information processors better than the people that constitute them, ascribe a kind of "wisdom" to them, and sometimes almost go so far as to argue that the market is always right - they verge on worshipping markets as a kind of secular god. A lot of people on the so-called "left" tend to see markets as inherently evil, something that has to be stamped out. But then there are other people, myself included, who don't think in either of these terms.   First of all, I want to emphasize that the existence of a market is not the same thing as capitalism.  Capitalism is a recent phenomenon - it has only existed for a few centuries.  Markets, on the other hand, have existed for a very, very long time - back pretty far into the prehistoric era.  (It may even be possible that something like markets exist among some non-human animals -
Post a Comment
Read more

May 22, 2021
On facebook today, a person asked, "In any culture, isn't law exactly the same as ethics?" Here's my reply: Here's a take. I'm not saying this is absolutely true, or even that I'm sure I believe in it, myself... but I'm sort of working on this idea, so hear me out. Ethics comes first. Early humans had ethics, and even other primates have ethics. Probably other animals have ethics as well. The vast majority of the time humans have been on Earth - hundreds of thousands of years - there has been ethics and no law. Law has only emerged in, say, the last 25,000 - 30,000 years, and very gradually, in a complex way. In many ways, law emerged out of ethics, and even can be thought of as the development of ethics, the fulfillment of ethics, the completion of ethics, ethics becoming more ethical, ethics becoming more fully what it is. Thus, in a certain sense, law is ethics, and even, in a certain sense, ethics is law - or at least, what ethics always was, pot
Post a Comment
Read more 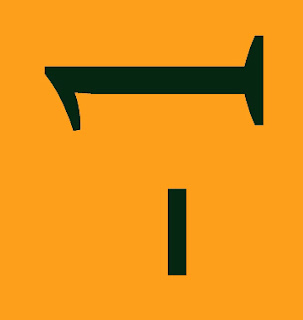 Ananse Wimbledon-Sutcliffe: You're listening to KSLF public radio, and right now, Padme Omicron-Danforth has been working on a story which has taken the world by storm.  As I understand it, Padme, math is sideways.  Is that right?   Padme Omicron-Danforth: Hi, Ananse.  Yyyyyyes.  Ish. A W-S: How did that happen?  How did math turn sideways?  What does that even mean? P O-D: Alright. First of all, math didn't turn sideways.  In fact, this story, unfortunately, has been a little over-hyped.  Someone in the media, and I'm not sure who, came up with the phrase, "Math is sideways," which is just such a great, punchy, three-word slogan, and it just went viral, and now everyone is talking about how math is sideways, and people are touting this discovery as a giant transformation of our understanding of the universe, as big as when we learned, through Einstein's relativity, that geometry is non-Euclidean, and so forth.... A W-S: Okay, so what's really going on h
Post a Comment
Read more

May 02, 2021
Possible apocalypse: eventually everything is turned into readymade art, and no one is allowed to touch anything. (All the food, all people, other art, etc.) I declare your thoughts to be my readymade art - you are not allowed to touch them or change them, but must preserve them - you must keep on thinking the same thoughts forever. Everyone dies of excessive chin rubbing. originally posted to facebook, May 2, 2012
Post a Comment
Read more
More posts