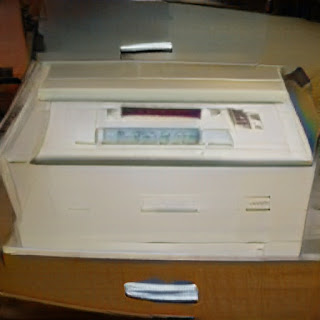 In section 92 of Society of the Spectacle, Debord writes:

"The strength and the weakness of the real anarchist struggle resides in its viewing the goal of proletarian revolution as immediately present [....] From the historical thought of modern class struggles collectivist anarchism retains only the conclusion, and its exclusive insistence on this conclusion is accompanied by deliberate contempt for method. Thus its critique of the political struggle has remained abstract, while its choice of economic struggle is affirmed only as a function of the illusion of a definitive solution brought about by one single blow on this terrain [...]."

Criticizing anarchism for its "metaphysics of presence," as it were, Debord has a point.  There are, and have been, anarchists who are, so to speak, "immediatists."  See, for instance, Hakim Bey (most obviously, here, in his book "Immediatism").

But such immediatist anarchists are far from the norm, and Debord was wrong to paint with such a broad brush, to imply that all anarchists are immediatists.  Though Debord is mostly right that anarchists often "have an ideal to realize," most anarchists acknowledge that this ideal is a long way off, and thus distinguish between short term and long term goals.  Characteristic of this broad tendency, which is by far more prevalent than the immediatist tendency, is Noam Chomsky, who writes, in "Powers and Prospects":

"My short-term goals are to defend and even strengthen elements of state authority which, though illegitimate in fundamental ways, are critically necessary right now to impede the dedicated efforts to “roll back” the progress that has been achieved in extending democracy and human rights. State authority is now under severe attack in the more democratic societies, but not because it conflicts with the libertarian vision. Rather the opposite: because it offers (weak) protection to some aspects of that vision."

(Indeed, even immediatists like Hakim Bey are realistic - or even pessimistic and fatalistic - about the prospects of their endeavors.  They don't think that their immediatist adventures will end capitalism once and for all, but rather that the best they can hope for is a transitory liberation before it is crushed by the dominant culture.)

But even though Debord's rather damning criticism doesn't really hold true for most anarchists, there is one group that fits the bill of "immediatism" far more closely than anarchists do - namely, the "communization current" which achieved self-consciousness and popularity about 8 years after the publication of Society of the Spectacle.  The pamphlet "A World Without Money" (1975) makes this quite explicit:

"The communization of society will not be gradual or peaceful, but abrupt and insurrectionary. Nor will it take the form of a steady advance that will progressively unite the necessary forces.

There will not be a mixed or an intermediate mode of production between capitalism and communism. The period of transition and, before that, the period of rupture, are characterized by the contradiction between absolutely communist methods on the one side and, on the other, a reality that is still completely imbued with mercantile ways. It is in this phase that a society of abundance and freedom must confront the problems of poverty and power. It will have to liquidate the human and material consequences of an era of slavery and neutralize the forces that remain bound to that era."

At the same time, the author insists that the insurrection be international, occurring all over the world at once:

"The revolution will be global. [...] all men are equal and brothers and they have a right to this.

The revolution will be worldwide because capital itself is a worldwide reality. It destroys human communities, separates individuals, transforms every person into a competitor with everyone else. But it unites and unifies the human species through its action, through its own movement. Today, for the first time in history since Adam and Eve, there is a convergence between the genetic unity and the social unity of the species."

So according to this, the revolution will happen everywhere at once, instantly, in a single blow, that will transform the entire world into fully realized communism, without any further need for anything like money, ever again.

The most prominent exponents of the communization current are Gilles Dauve and Theorie Communiste, two rival camps which came to the attention of the Anglophone world largely through the journal Endnotes.  Endnotes's first issue, released in 2008, also included the article "Bring Out Your Dead," which traced the beginnings of the communization current back to Debord himself and the Situationist International.  Let's take it for granted that this interpretation of history is correct.  So it is that Debord's trenchant, incisive, and withering criticism, which only grazes the complex world history of the anarchist movement, seems to have, ironically enough, itself given rise to a perfect manifestation of precisely the spectacular illusion that Debord skewered, in the form of communization, the illusion of a definitive solution brought about by a single blow, an almost self-consciously defiantly absurd insistence upon viewing the goal of proletarian revolution as immediately present.