What is a Ritual? 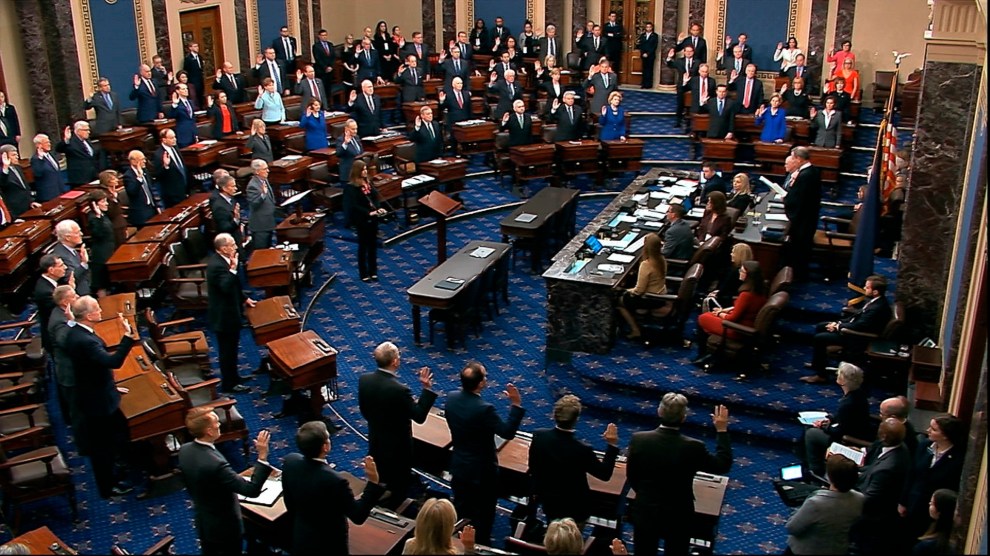 In the impeachment and the subsequent removal trial that concluded last month (I know, it feels like a hundred years ago, but it was only last month), we had the lucky opportunity to witness the birth of a ritual.  From before the beginning, everyone knew that it could not "succeed" (if we are defining the purpose of this process as the removal of the president, which may be a foolish way of understanding things) because there was never any plausible way to achieve a 2/3rds supermajority of votes, and yet the proceedings had to be initiated, and once they were initiated, they had to be played out, over many weeks, to the bitter end.  This process was, quite cleverly, initiated by the president: as Pelosi put it, he "impeached himself."

To be precise, this was an apotropaic ritual: that is, a ritual used to ward off shame, guilt, embarrassment, envy, ressentiment, and a feeling of responsibility - in short, the malocchio, the evil eye.  The celebrants stood and solemnly recited their repetitive mantras, expiating themselves of sin and cleansing the space of malign influence.

For something to be a ritual, it is not necessary for there not to be real consequences.  But there will be very real consequences.  Mitt Romney, for instance, has sacrificed himself on the altar.  Whatever power he may have once had - he who once won 24 states and 47% of the popular vote in a nationwide presidential election - is now irrevocably gone.

Of course, the Republicans played their part in this ritual just as much as the Democrats, stripping themselves of the last vestiges of their own power in the process.  Mitch McConnell, what were you thinking? Now, after all your years in government, you will be remembered by history for one thing and one thing only: your statement that the Senate trial would be handled in "total coordination" with the White House.  You, the foreman of the jury, announced that the jury would be run by the defendant.  After making this declaration, you and the rest of your monks had the temerity to take the oath of impeachment, mouthing the phrase that you promised to "do impartial justice."  What did you lose?  Everything: your leverage, your position, your reputation, your self-respect.  What did you gain?  Anything?  Did you think the president would be grateful to you?  That he would reward you somehow?  That you would gain his respect?  He is laughing at you.  Now he knows - now we all know - that there is no limit to how abjectly you will humiliate yourself.  Thank you.

Not only did the Senators absolve themselves of all guilt and responsibility - they absolved all of us.  Protestors outside the capitol building played their part in the ritual, and so did we, watching our TVs at home.  We no longer need feel culpable for the great power that oppresses all the world.  February 5th was our Great Exoneration, our day of atonement, our Prāyaścitta, our Yom Kippur.  Now we can more comfortably assimilate ourselves to the machine of power, the heavenly hierarchy, the chain of being.

Ritualism arises when what was once a display of power is used to enact one's own powerlessness.  A military march is transformed into a protest or a parade, a fight becomes sport, and feeding the hungry and getting drunk with them is diverted into kneeling for a sacramental wafer.  It is a rite of recuperation, of healing: precisely because these gestures are empty, we can work our way through them and thereby empty ourselves of all heavy moral meaning, all feeling, all attachment, all thought, all desire.  It is thus a kind of walking, moving meditation; stillness in motion; grace.